Home Why is Brazil Important to the United States?
Storey Drive Homes:
Get helped by the experts!
Watch the video

You can be part of this exclusive Town built
by Walt Disney today. 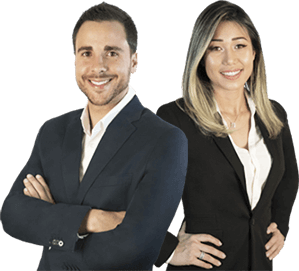 Why is Brazil Important to the United States?

Want to know why Brazil is important to the United States? Storey Drive Homes for Sale by Authentic has the answer! Brazil and the United States boast two of the biggest economies in the western hemisphere. And part of their success lies in their strong economic relationship. While trade slowed during the pandemic, in 2019, two-way trade between the two countries totaled an incredible $104.3 billion. But trade isn’t the only important thing Brazil and the US give each other.

As a fellow democracy, Brazil is an important partner in the projects of world peace, human rights in Latin America, and international security. Are you a Brazilian looking to live or invest in the US? Storey Drive Homes for Sale has great deals in Orlando, FL’s best new community, Storey Drive.

We even have a department – Casas a Venda Orlando – specialized in helping Brazilian homebuyers.

Understanding Why Brazil is Important to the United States

As the 4th (US) and 5th (Brazil) largest countries in the world respectively, the United States and Brazil share an important relationship.

From trade to diplomacy, to management of disasters like the coronavirus pandemic and global warming, the US and Brazil give each other invaluable support on a range of fronts.

Read on to learn more about why Brazil is important to the United States!

1. Trade – Why Brazil is Important to the United States

The US is Brazil’s second-largest trade partner.

For the US, Brazil is the fourteenth-largest.

And while trade slowed during the pandemic, two-way trade between the US and Brazil totaled a whopping $104.3 billion in 2019.

Exports from the US to Brazil include mineral fuels, aircraft, and machinery.

2. US/South America Relations – Why Brazil is Important to the United States

As home to half of South America’s population, and with a democratic system of government similar to the United States, Brazil is key to helping the US maintain diplomatic relations with South America.

This is especially important given the fact that many South American countries’ governments aren’t as pro-American as Brazil’s, including the socialist governments of Venezuela, Bolivia, and Argentina.

3. International Peace – Why Brazil is Important to the United States

Brazil is an important partner in the United States’ efforts to foster world peace.

With the largest military in Latin America (the second largest, after the US, in the Americas), with a shared belief in democracy, and as a fellow member of the United Nations, Brazil helps to bolster United States defense and further the project of international diplomacy.

4. Air Quality – Why Brazil is Important to the United States

As home to the Amazon Rainforest, Brazil produces an estimated 9% of the world’s oxygen.

That makes it an important contributor to air quality in the United States.

However, as hundreds of acres of rainforest are lost every day, air quality in the United States is diminishing.

5. The Coronavirus Pandemic – Why Brazil is Important to the United States

Throughout the Coronavirus Pandemic, Brazil has been an important partner to the United States in the effort to tamp down the disease and recover financially.

Joint efforts to this end have included travel restrictions between the two countries and an increase trade, including e-commerce.

Is Brazil Under America?

Brazil is located south/southeast of the United States.

The shortest distance between the US and Brazil is from Miami, FL to the city of Oiapoque in Amapa, a distance of about 1,400 miles.

Because while a few Brazilians hold staggering amounts of wealth, the vast majority of Brazilians are very poor.

Read on to learn more about why!

Why is Brazil a Third World Country?

Brazil has the biggest economy in Central and South America, and the seventh largest in the world.

Yet, despite its economic prosperity, Brazil is still in a state of development, facing many of the problems faced by third-world countries.

Read on to learn more about why Brazil is still a third-world country.

Then, contact Storey Drive Homes for Sale by Authentic and ask how our partners at Casas a Venda Orlando help Brazil’s buyers find great homes, and great investment opportunities, in the richest, most important country in the world – the United States!

Brazil has a long and deep-rooted history of corruption.

In 2014, an undercover operation codenamed Operation Car Wash found that bribes from engineering companies looking to secure oil deals with Petrobras were offered, and accepted, all the way at the top, with Lula himself accepting a beach condo in return for an oil deal.

These types of relationships ensure large corporations stay in power while making it difficult for smaller companies to compete, keeping money in the hands of the few, and relegating the majority of the population to poverty.

While certain parts of Brazil are well funded, most of the country is not.

One of the biggest contributing factors to Brazil’s status as a third-world country is its high birth rate.

A high birth rate means less social and economic mobility for parents, whose already meager resources mostly end up being relegated to their kids.

Another reason Brazil is a third-world country is its relatively low life expectancy.

For example, average life expectancy in the United States is almost 79 years.

Reasons for this include poor healthcare, poor sanitation, high incidence of disease, and crime-related violence.

While theirs is the largest country in South America, and the 5th largest in the world, few Brazilians have access to desirable land.

In fact, in 2015 it was reported that one percent of Brazilians owned fifty percent of all the land in the country.

Much of this is due to insufficient funding by the government.

In fact, a recent investigation found that between 2014 and 2018, funding for education fell by 56% in Brazil.

Moreover, the same study found that only 23% of preschool-aged students were enrolled in early education, compared with the world average of 36%.

Brazil is one of the most important countries to the United States, but it’s not the only country that shares an important relationship with the US.

Meet some of the United States’ most important allies below!

With a relatively progressive government and social standards, Saudi Arabia is an important ally in America’s fight to help stabilize the middle east.

Like Saudi Arabia, Israel is a relatively forward-thinking country and important US ally in the middle east.

However, with regard to the controversial ongoing Israel/Palestine conflict, opinion in the US is divided as to how much the United States should support Israel’s efforts to secure land from Palestine.

The UK is one of America’s closest allies in the world.

The US and Britain share a mutual respect for one another’s cultures, each contributing billions in tourism and trade to the other, while also cooperating on political, scientific, and social projects.

We’ve shown you how and why Brazil is important to the United States.

Now let us show you how important you are to us.

With Storey Drive Homes for Sale by Authentic and our Brazilian buyer’s department, Casas a Venda Orlando, you can score a great deal on a great home here in Orlando, Florida.

Get in touch with our team today!

What to do in Orlando in December? Discover with Our Team!

Orlando or Miami which is better? Discover Today With Us!